2022 sees the Koninklijke-Holland Beker finally returning to its full glory. In 2021 we were lucky enough to experience top-level racing again, but without visitors a rowing regatta is just not the same. We all know why visitors were not allowed, but nevertheless we are thrilled to welcome all of you back.

Taking some time to reflect on 2021, we saw two very impressive performances in the main events, with both Martino Gorreti for the Holland Beker and Pia Greiten for the Ladies Trophy taking the win by finishing first in the heats, semis and finale.

We now hear you think: ‘Martino Gorreti, that sounds Italian’. Smarty pants that you are, this is of course correct. We got the chance to ask the winner of the 2021 Holland Beker all of our and your questions.

To start, Martino is definitely Italian, but there is some Dutch in the mix as well. For starters, as mentioned Martino took the Holland Beker last year, which is (according to Martino) ‘a regatta with a very good atmosphere’. Thanks! Then there is of course his relationship with 2017 Quadruple Sculls World Champion Dutchie Sophie Souwer. This obviously means spending quite some time in the Netherlands as well. 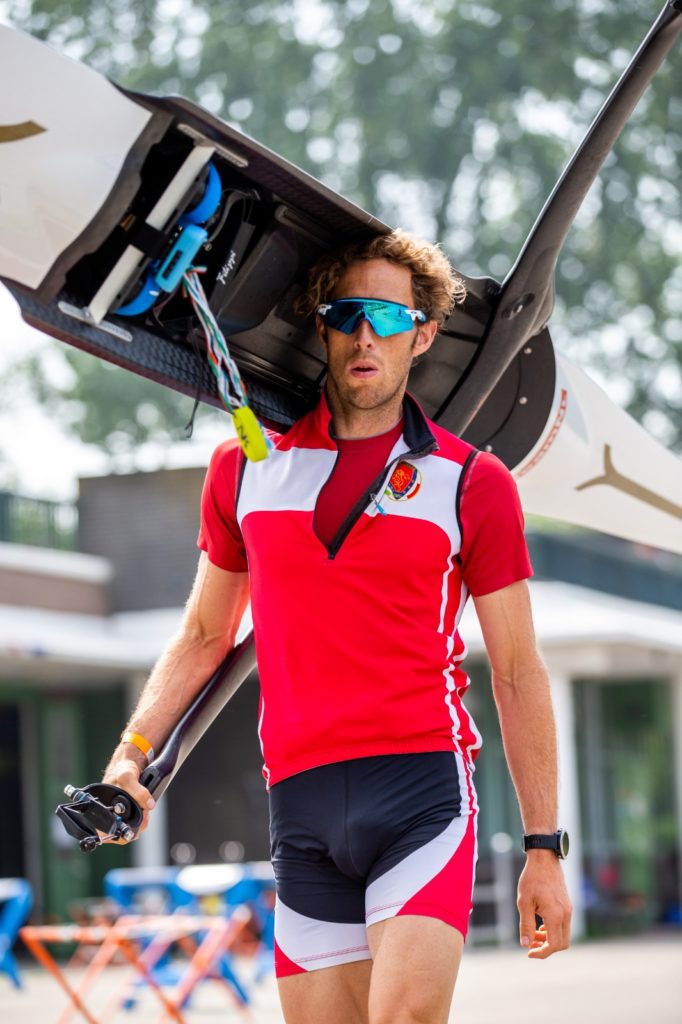 But since you are here mainly for the rowing, let’s get into that. Martino has not always been a rower. Being raised in a small village close to Lake Como, the main choices were basketball, rowing or soccer. Having played basketball until his 18th, Martino did not choose the typical path for an Italian rower. In Italy, most rowers start as a kid and progress through the ranks. As the top level of basketball seemed out of reach (pun intended), the choice was made for rowing. A solid move, as the rowing club of Martino’s hometown is home to 5 Olympic medalists.

Martino obviously had some talent and at his 18th, he secured a spot in the coxless four to the Junior World Championships, where he and his crew won gold and the World Title. In the following years Martino secured multiple medals U23 crews and in 2005 the first of three World Titles in the Italian lightweight eight was claimed.

Although the Holland Beker is an event in the single, and thereby one person rowing with two oars, Martino confessed that sweeping has his preference. Quite surprising, considering the following. For everyone who has ever rowed, let’s do a mindfulness exercise. Close your eyes. Imagine your first (!) rowing training in a coxless two. Let that sink in. That is however how Martino started his rowing career. Horrifying.

To be fair however, it all paid off in the end. Martino did compete in the lightweight coxless four at both the London (2012) and Rio (2016) Olympics. In 2016 Martino and his crew unfortunately just missed out on third place. Feeling he could use a change, Martino transitioned from sweeping to sculling. Another good choice, as Martino moved into the single from 2018 onwards and claimed his fourth World Title in 2019, this time in the lightweight single scull.

Since his change to sculling, Martino has tried to be allowed to compete in the Dutch National Championship, but so far without success. At the KHB we however welcomed him with open arms and luckily Martino did prepare well. Honest as he is, he did not expect to win. His own review of the finale reads that he benefitted from good conditions (head wind) and a good tactic (starting fast and keeping the pressure on). Are all freshmen keeping notes?

It will be obvious that Martino is passionate about rowing. In that regard, the single can be very rewarding, but also be very unforgiving. If the boat goes fast, it is all on you. But if the boat barely stays afloat, it is also all on you. This dynamic is very much to the liking of Martino, as it is a very personal boat, and you need a strong mindset as well. Speaking about the mind and having rowed ourselves, we know how many superstitions and ‘special habits’ surround racing in regattas. We did ask Martino, but it would seem he is not the superstitious kind. Although, one time, he ordered a Fillipi with a gold stripe and wore gold and white Oakley’s to commemorate his World Title in the single sculls. Technically we are cheating here, as he just wanted to remember (and perhaps impress his rivals), but we count it as a superstition.

As a lightweight rower, the battle is not only to move the boat as fast as possible, but also to comply to the weight limits. It seems that Martino has not much trouble with his weight, although he did admit that he likes beer. Luckily, we have a lot of good breweries in the Netherlands.

Italy vs. the Netherlands

At last, we asked Martino about the differences between rowing in Italy and the Netherlands. The part that was most striking to Martino is that in the Netherlands, the combination between fun and competition seems to be more intertwined into the whole sport. In Italy one just wants to win and compete at a high level. In the Netherlands we strive to organize events that incorporate both a good ambiance alongside the water as well as hard racing on the water. As Martino explained, a group activity for friends in Italy would not be to go rowing together, but just go the bar and drink. With all our student rowing associations, this mix between fun and competition is more at the forefront and essential to our rowing culture. Even at the KHB you can experience this firsthand, as we depend each year on hundreds of (student) volunteers. 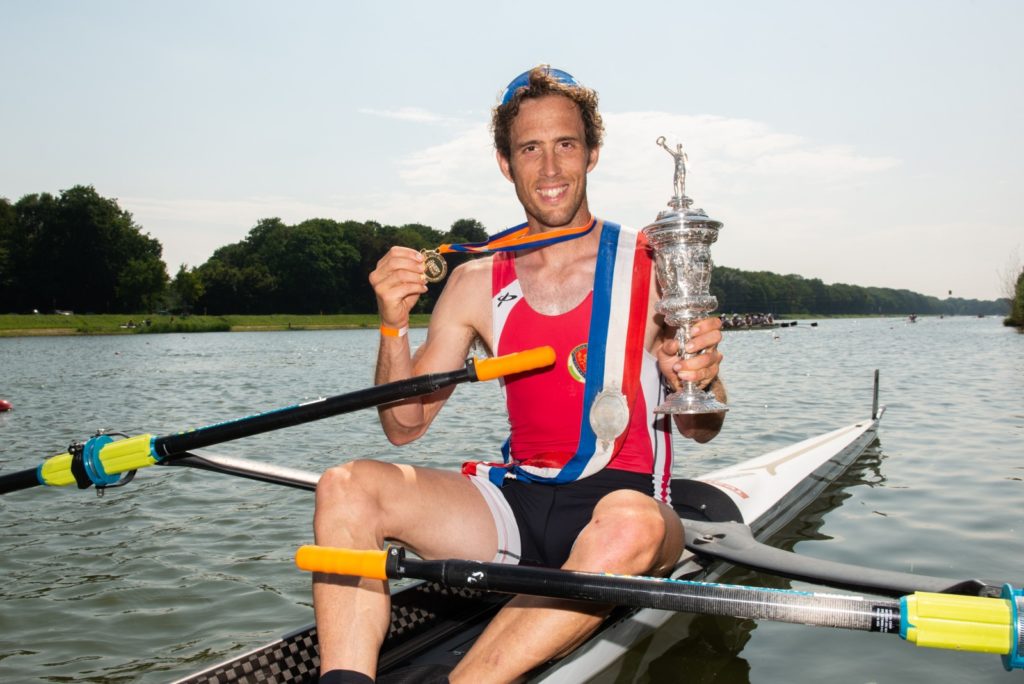 Although we are sure you have more questions for Martino, we needed to round of our conversation at some point. At the time of writing this article Martino was unfortunately not quite sure whether he would compete at the 2022 KHB. As Paris 2024 is closing in fast, the new Olympic cycle is starting as well. As the national team is forming new crews, Martino is not yet sure into which crew he will get selected. It goes without saying that we wish to see him again and wish him all the best with preparing for Paris 2024.

With that, thanks for reading! Ciao!